Trauma, Postmodernism and the Aftermath of World War II 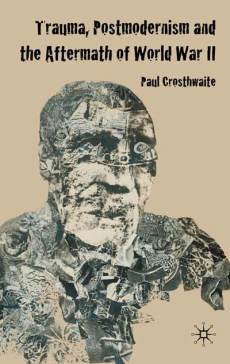 The radical, ‘postmodernist’ waves of experimentation that swept Anglo-American fiction from the late 1960s constitute a delayed response to the upheavals of the Second World War, yet the legacy of the war barely figures in prevalent accounts of the postmodernist movement. As Paul Crosthwaite shows in this provocative book, to recognize the significance of the war in contemporary culture is to acknowledge that postmodernism, as a sensibility, aesthetic style, and mode of thought, must be entirely reconceived. Challenging dominant theorizations of the postmodern as depthless and dehistoricized, Crosthwaite demonstrates that postmodernism has not abandoned history but has rather reformulated it in terms of trauma, trauma that is traceable, time and again, to the catastrophes of the 1940s. The book stages a revealing confrontation between influential theories of trauma and postmodernism and offers innovative close readings of key texts by Virginia Woolf, Thomas Pynchon, Michael Moorcock, J.G. Ballard, Richard Powers and Ian McEwan.