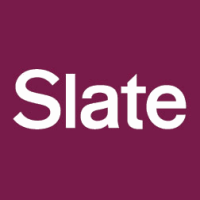 “How Treating Robots Like Children Is Changing A.I.,” by Jacob Brogan, Slate, September 4, 2015. This article highlights the work of University of California–Berkeley’s artificial intelligence researcher Pieter Abbeel. In his lab, robots are educated like children. Galatea 2.2 is cited as an early example of this concept. “Powers’ novel may clarify the scope of projects like Abbeel’s. … Powers’ novel remains a meaningful reminder that artificial intelligence will probably never correspond to human intelligence.”