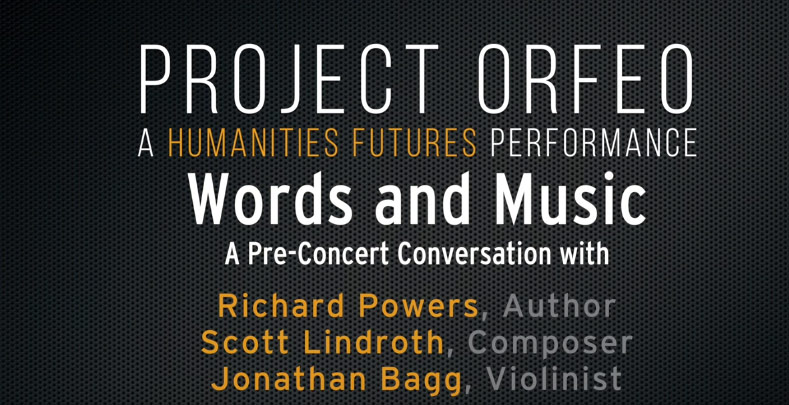 “Words and Music: A Conversation about Project Orfeo,” video of a discussion with Richard Powers, violist Jonathan Bagg, and composer Scott Lindroth about collaborations between musicians and writers, and these artists’ experience with their current collaboration for “Project Orfeo.” “Project Orfeo” is a mixed-media concert that combines readings by Powers from his 2014 novel, Orfeo, with music composed by Lindroth and performed by musicians including Bagg, the Horszowski Piano Trio, clarinetist Benjamin Fingland, and flutist Laura Gilbert. The discussion took place on September 23, 2016, followed by the concert on September 25, both at Duke University.